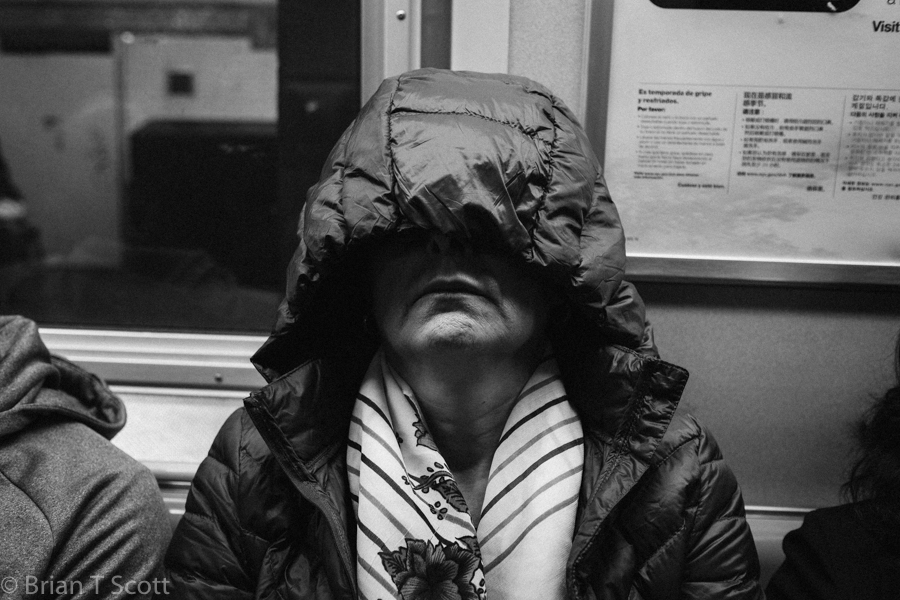 New York, B Train 2016
You have to be thick-skinned to "make it" in New York, some say with pride. Others would argue that the line between being thick-skinned and a self-centered asshole is thin and that the key to holding on to one's integrity while living in New York is to be aware of that line and to not slip permanently over it, to the asshole side. For most natives, there is no point of reference for this phenomenon. For transplants like myself and many of my friends, it becomes clear, often around the ten year mark, that a choice must be made: get out or stay and allow yourself, your partner and your offspring to potentially become New Yorkers. Most get out- head to Jersey or other suburbs- and after sixteen years, six beyond the recommended duration, I'm getting out, too.
I've had many days where I felt that I loved New York but as the years wore on, I found myself wondering "Is this really how I want to live... listening to some Guy honk his horn, over and over, forever?" A fair amount of my energy was allotted toward doing my best to approach the place with gentleness and a sense of humor. I did okay but for the odd violent fantasy or involuntary expletive.
It was a good thing to practice. Ultimately, though, my people are from New England and I could never suppress my joy when a New York sports team lost.
I'm grateful I was able to experience NYC for several years, as a regular person, commuting, working, hanging out, whatever. I (mostly) enjoyed it- and I almost always had a camera of some sort with me. The new galleries on my site, called I Never Loved You and Day In, Day Out #2 are a couple of collections of snapshots from some of those years, taken mostly while on the way to or from work.
I have respect for New Yorkers. I was there on 9/11, a new arrival- and I saw how regular folks made baskets of sandwiches to hand out to the thousands slogging over the Manhattan bridge back into Brooklyn that morning- and the surprising gentleness and kindness that would sometimes come out of nowhere. I remember a Woman slipping on the ice in midtown one morning and landing hard on her can. She was startled and started weeping, perhaps triggered by some playground humiliation from her childhood, and out of nowhere a man was at her side, resting his hand on her shoulder and speaking soothingly to her, the way a parent would speak to a frightened child.
Generally speaking, though, New York is a pain in the ass. Most real New Yorkers know this. It's one of the reasons we (kind of)  love it.
Thanks, New York. Don't let the door hit me on the way out!
Click the photo to go to the gallery.

The Irony of Optimism